In the second part of the Journey its time to head South to the city of Mumbai to visit the Gateway of India.

To welcome the King George V & Queen Mary during their visit to India for the Coronation of the King (Dilli Durbar) in December 1911, the then Governor of Bombay, Sir Sydenham Clarke hurriedly made the plan for the gate. Goerge Wittet, who later became the first president of Indian Institute of Architects, made the design in his favourite Indo-Saracenic style of Architecture. However, the plan was sanctioned only in 1914, three years after the coronation. It took five more years to complete the land reclamation at the port and another four years to finish construction. In 1924, the Gateway of India was finally opened by the Viceroy of India, Rufus Isaacs. Tragically enough, though its main objective was to welcome the King of India, the first major event it hosted was the ‘Passing of the First Battalion of the Somerset Light Infantry’ (February 28, 1948) – when the last British troop left the country after its independence. 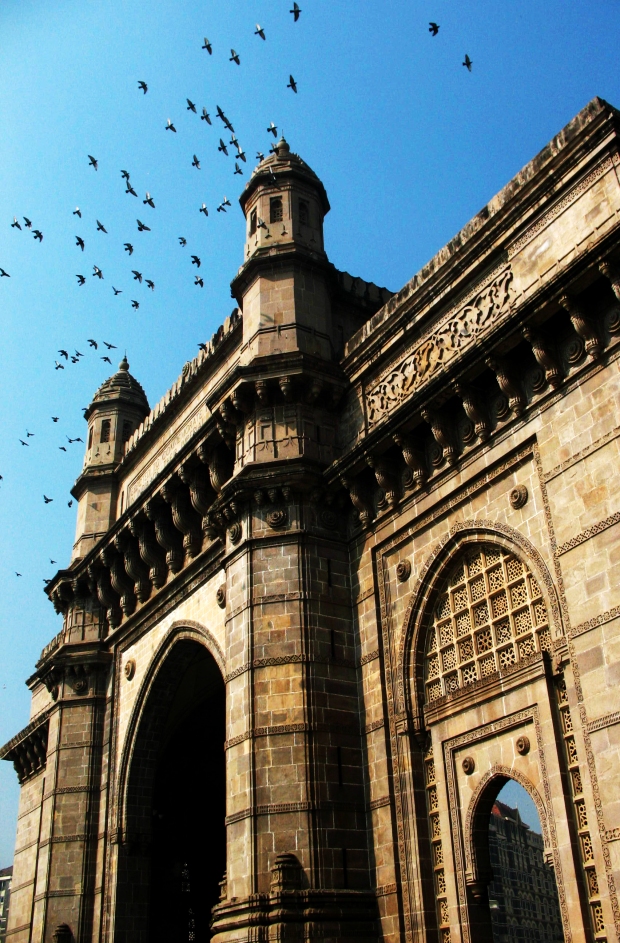 From the very beginning, the Gateway of India has been a major attraction to tourists and people visiting the harbour. Overlooking the Arabian Sea, the gate is located at the most astonishing place and is certainly the most visited monument of Mumbai. The Architectural genre of the building is Triumphal Arch and the style is Indo-Saracenic. Wittet was a strong follower of this style and have left his mark in many buildings in Mumbai. This style of architecture, developed by the British in the subcontinent. is a superb mix of Indian, Islamic & Gothic or Neo-Classical Architecture. 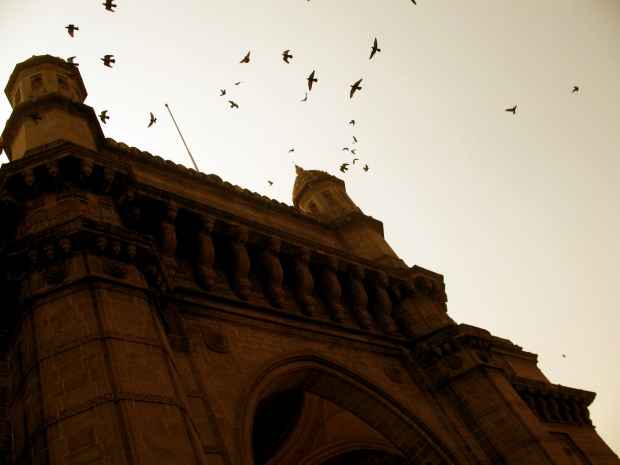 Gateway of India portrays a fantastic symmetry with a central dome, 4 turrets and two halls with arched windows. The halls have the capacity to hold 600 people each and were used as waiting halls. The ceiling of the halls are ‘groin vaulted’ and the central gateway is domed. The dome has a diameter of 15 meters and its tip is at height of 26 meters. The turrets are extensively decorated with lattice work on stone and the window are covered with fabulous stone jali work. The ‘jalis’ were imported from Gwalior while the yellow basalt stone that clad the entire gate were local. The steps from the central gateway directly lead to the Arabian Sea. 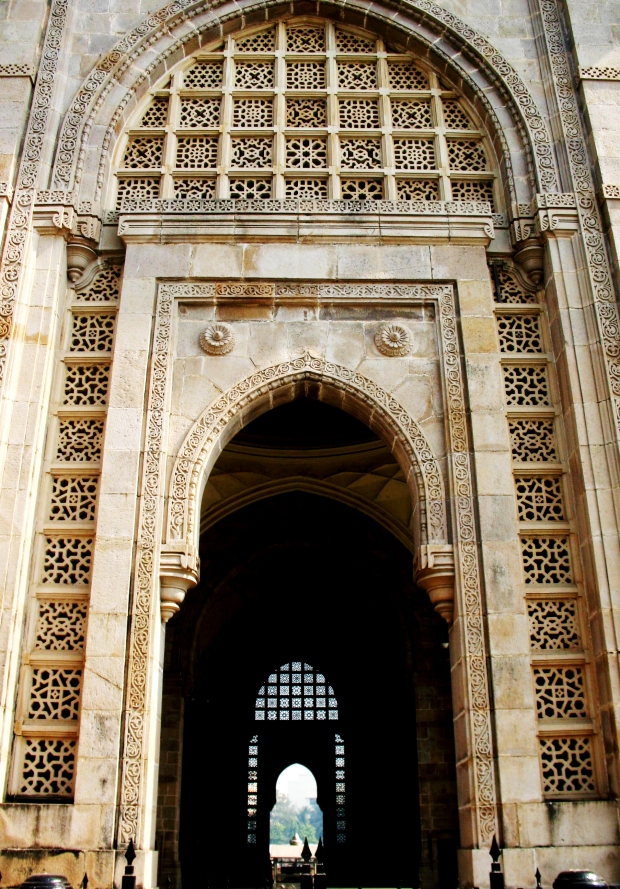 The fabulous looking structure is a beautiful exhibition of the Indo-Saracenic Architecture with minute detailing in its lattice & jali work. The picturesque beauty of the gate has always attracted tourists from around the world and had been a very popular destination for shooting films. with the Iconic Taj Mahal Palace hotel & the Taj Mahal Tower, The Gateway creates a fascinating skyline when seen from the sea.

How to Reach: By Mumbai Suburban train – Churchgate is the closest railway station. Excellent Bus and Taxi connectivity are there from all parts of Mumbai.

Best Time to Reach: Morning & Evening. The gate remains open to the crowd throughout the day. After the recent terror attacks, the security has been tightened.

13 thoughts on “The Greatest Gates of India – Gateway of India”